At the end of last week, I had an appointment at the National Police Station to obtain the residencia card for a client, but this did not go to plan because the system had blocked all procedures for British nationals so we walked away empty handed. This was obviously Brexit related although July had not been specifically highlighted as relevant in the transition period, so after doing some digging, it came to light that some changes are coming down the pipeline. I also noted during my investigation over the weekend, that in Part Four of the Withdrawal Agreement, the EU and the UK must make a joint decision before 1st July 2020 as to whether the transition period should be extended beyond 31st December 2020 up to two years.

On Saturday 4th July, the Interior Ministry published a law that details the procedure to follow in line with the UK’s Withdrawal Agreement from the EU regarding residencia applications. Spain is currently the EU country with the most British residents on record, with 359.471 registered on 31st December 2019.

As we all know, the UK left the EU on 31st January 2020 and a transition period began in which all necessary agreements must be confirmed by 31st December 2020, but until that date, EU regulations regarding freedom of movement and other rights would stay in place as if the UK were still a full EU Member State. Those British nationals in Spain who exercise their right to reside and/ or work in Spain during this period will be awarded the same rights as per the Agreement as those who were registered residents before Brexit.

Those who arrive after the transition period (31st December 2020) will be considered nationals from external countries and would have to abide by any new agreements in place between the EU and the UK regarding freedom of movement, Social Security etc.

In any case, the system was down at the end of last week whilst the new procedure was being integrated, and new applications can be made from today, Monday 6th July 2020 until the end of the year. For those whose rights to reside in Spain fall after the transition period, they must submit their applications within three months of arrival or from the moment in which the right begins.

There are different procedures in place depending on the applicants’ circumstances:

The law also contemplates current holders of residencia cards obtained via a UK family member, for example, a US national who is married to a UK national who obtained the right to residency in Spain in that way. Although these cards already contain photo ID, they must be updated in line with this new law.

The law does not demand physical presence in Spain after the transition period as temporary absence does not affect the right to reside in Spain.

Government fees will of course be charged for the new residencia cards, but for those of us that remember the old cards with photo ID that were issued prior to the current green card, this will be a welcome change as we weren’t required to carry our passports. At present, exchanging your existing residencia card for the new version is voluntary not obligatory.

Remember, this procedure is only required for BRITISH NATIONALS who reside in Spain due to Brexit. I plan to test the new procedure out on myself and obtain a card (hopefully!) to verify how simple or complex it turns out to be in practice. New information is bound to be released when it becomes available so watch this space for further updates. 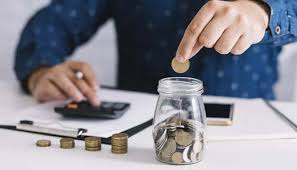